Me vs Wheatears of the world, no.6:


Nothing beats a wheatear, especially a new wheatear; after all, they are, in their entirety, little white-arsed harbingers of joy.

This was my first encounter with a Pied Wheatear today - at Landguard Point in Felixstowe.

Pied wheatears are rare enough in the UK and they don't get much better than this fine adult male. Arriving in Suffolk (rather than eastern Africa) yesterday, the bird spent a lot of the time preening and paying some attention to the ring on its leg (it had been trapped at the Obs this morning). But this behaviour allowed good views to be had of its features - its dark, scaly mantle, ample white rump and uneven 'banded' tail. The pinky-buff breast colouration was quite distinct, as it was over the crown. It had a good plump shape to it too...and they say that black is slimming. 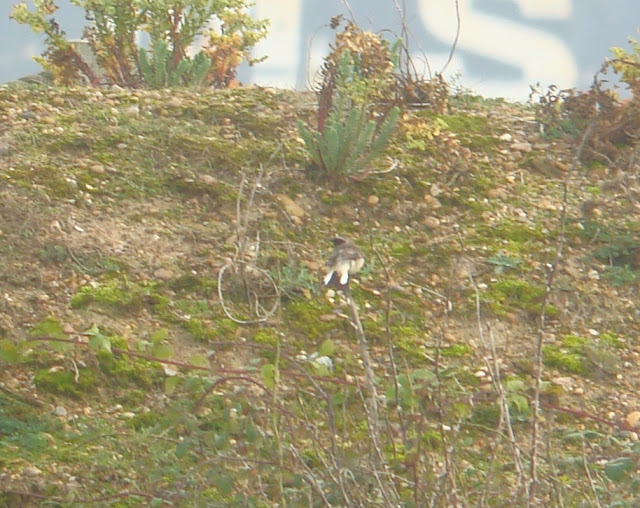 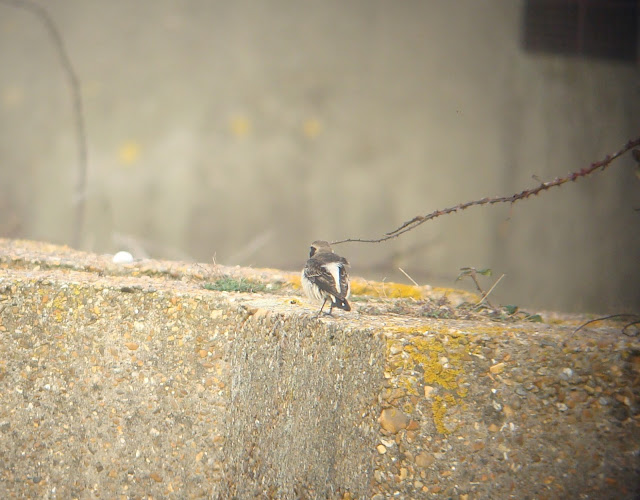 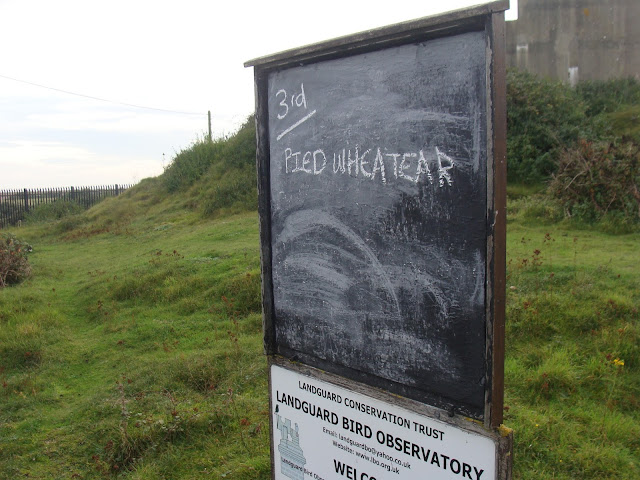