An Antillean Crested Hummingbird to be precise... 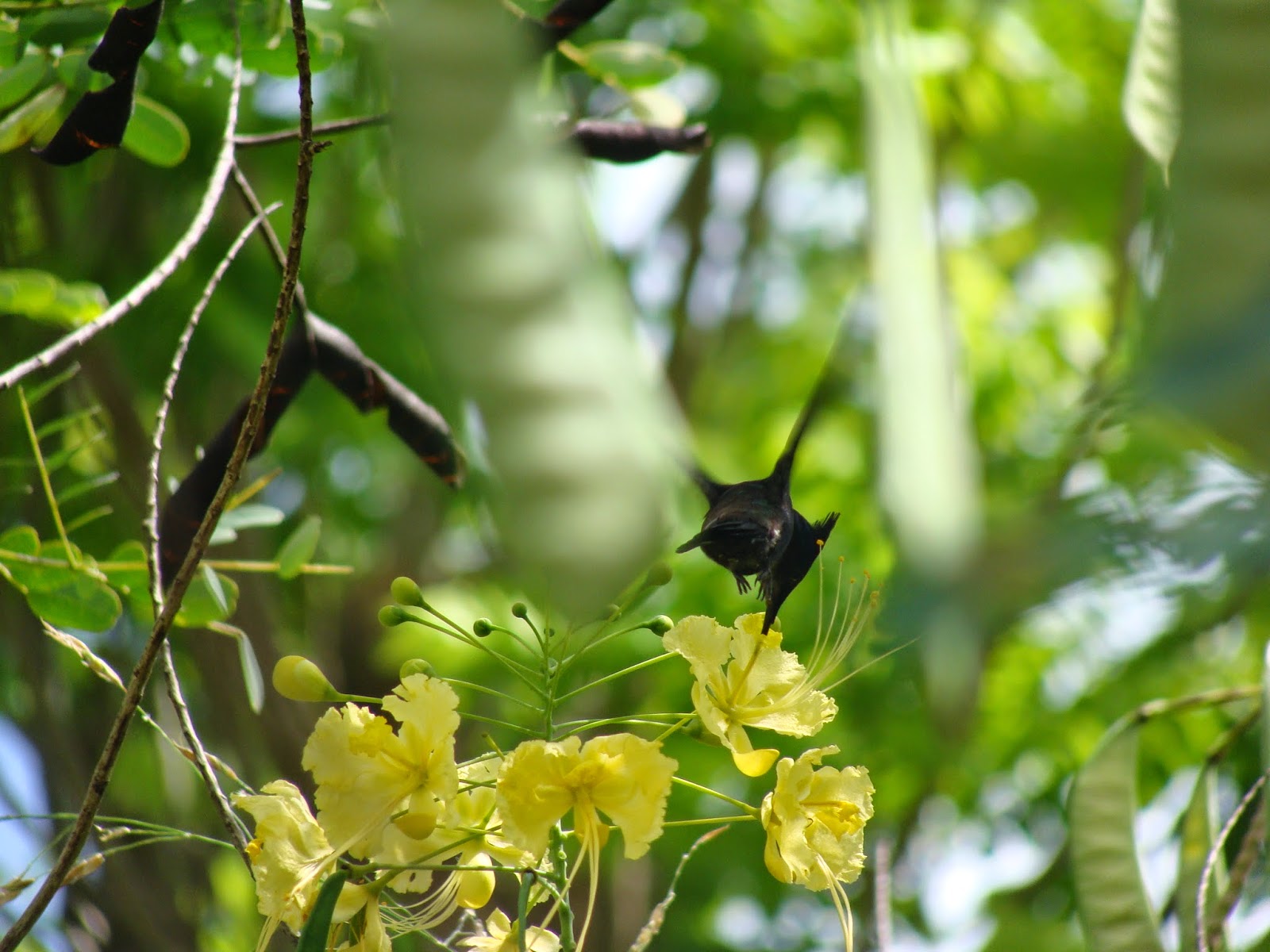 I took the above photo a few weeks ago on the beautiful island of Grenada in the Caribbean. It was a bit of luck, I was actually photographing the flowers when it flickered into view. I like the blur of its wings, the hint of its iridescent green and blue plumage and its well-defined crest, I especially like its feet. I'd never considered hummingbird feet before.

You rarely see hummingbirds perched, as I found, instead rain or shine they kept to wing and flower, the habit fueled and demanded by their incredible metabolism. In Grand Etang forest, at the cloudy peak of the island, I frequently heard the Rufous-breasted hermit hummingbird before I saw it, an insect-like throb of tiny wings far too quick to follow. The sound of a bird living life in the fast lane.

It was a great trip.

A belated Happy New Year to everyone, more from the Caribbean shortly.