What a breath of fresh air the last few days have been, blue skies and sunshine hugging the horizon in this little part of England at least. Filled with the kind of dizzy spirit that only the end of winter can bring, I had an enjoyable few hours at Cliffe the other afternoon. Straight away the first signs of change were visible on the pool near the car park, where a small group of Black-headed gulls fussed and called on their breeding islands. In amongst them were three Oystercatchers no doubt with the same idea. On Radar pool the action was firmly packed around the causeways where a huge flock of wintering Black-tailed godwits continues their stay. Roosting nervously, the flock frequently took to the air as a dark Marsh Harrier loafed around the vicinity, however I soon spotted a more likely cause for alarm as a Peregrine patrolled distantly and passed right over my viewpoint. A good number of Pintail were visible on the pools and Gadwall too, surprisingly.

The bright, clear skies seemed perfect for Buzzards and it wasn't long before two appeared over the reserve. Hearing a distant mewing cry, I scanned and picked out one thermalling in high over the Cement works and another near Cliffe village. At the Thames Viewpoint the river was ablaze in harsh, late afternoon light and buffeted by increasing gusts of wind but on the more sheltered marsh eight Corn buntings (and likely as many more) showed well on a clump of brambles. It's always great to see these birds that blend so well into the drab colours of winter but whose rattling songs are too rarely heard here in spring.

Elsewhere a few Fieldfares lingered still on the skeletons of fruitless hawthorns and a Stock Dove flushed from the grass on the back track. The final spectacle of the day emerged over Cliffe Marshes in the distance where a large, sweeping flock of starlings, many thousands strong, stirred restlessly. It was the most I've seen in the area for some time.

Staying local, yesterday I made my Medway WeBS count from Hoo and Kingsnorth. Conditions were good, although the glare of the sun over the estuary made things difficult at times. The highlight was undoubtedly a large flock of Brent Geese which topped out at 531 after birds roosting on the marsh were flushed off during my count by a dog walker. A single Egyptian goose was in with them and a couple of Canada's but I couldn't detect any pale-breasted birds in the poor light. Otherwise the Teal flock remained steady at 170 birds while 186 Shelduck, 92 Oystercatcher and 5 Great Crested Grebes were also present. The most unusual encounter of the morning though was a single Dunlin which flushed out just yards ahead of me on the sea wall, I'm not used to seeing them so close. Other birds in the area included numerous skylarks and a flock of c130 Woodpigeon. At Kingsnorth Power Station a juvenile Marsh Harrier was being mobbed by rooks and the escaped Harris Hawk was still present in the paddocks  by the sewage farm.

The final part of my count area is adjacent a small pocket of woodland that creeps right down the water's edge. It looks dense, diverse and largely untouched but a big 'Private' sign prevents me from exploring further. I don't like signs like this and I'm equally confused that the wood appears to be owned by a 'Residential Marine Ltd'. Maybe I'm just paranoid... 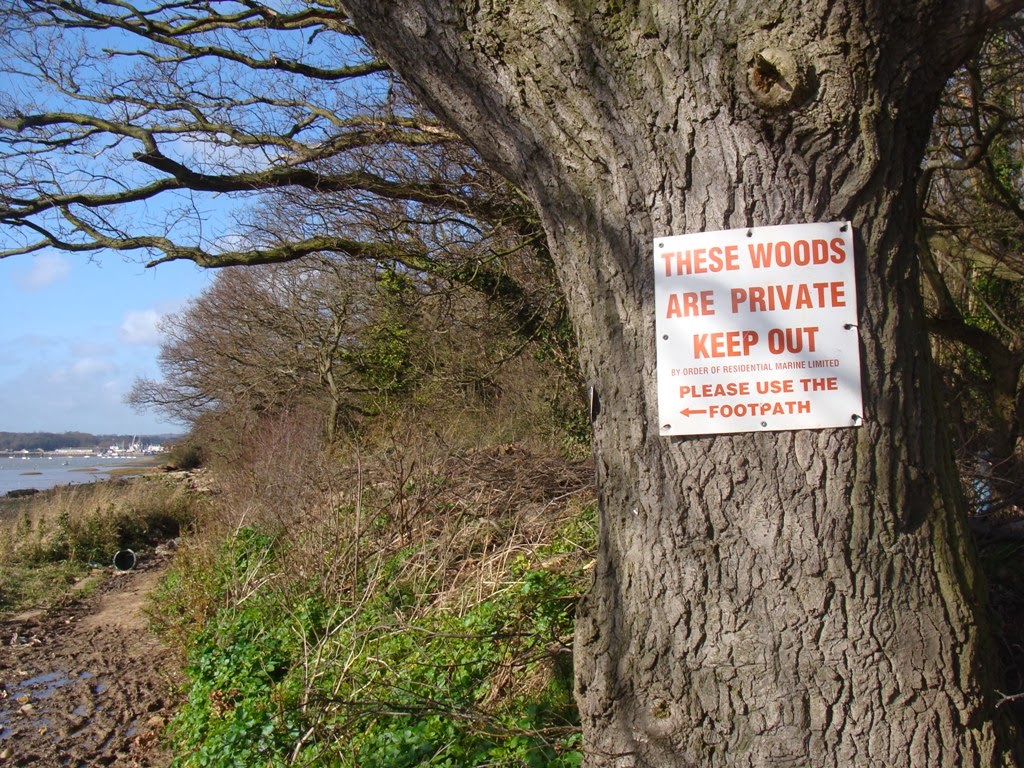 A successful and knackering trip up to Durham yesterday to see the American warbler causing a bit of a stir in a small village in the middle of nowhere.

Picking up Tony W around 4.30am, we followed signs for THE NORTH and watched the sun slowly rise in tandem with the motorway junction numbers until we until we reached the magic ‘61’ and pulled off into the village of High Shincliffe just short of Durham. Arriving at 8.45am, straight away we found the masses around 80 strong and only had to wait a moment for the Yellow-rumped Warbler (aka Myrtle Warbler) to flick into view in a nearby tree. Although, often against the light, it was a lovely looking bird, as most American Wood Warblers are, even as a first winter. Its markings were nice and clear, including rump, wing bars and the pale yellow markings on the flank. Although it often disappeared from view into dense scrub, it was very active, often in an attempt to avoid a territorial Robin. Overall, a stocky, healthy-looking bird, it called frequently, a sharp, liquid ‘chup’ and looked comfortable in this random roadside location overlooked by the houses where it was (remarkably) first seen. As well as having good views on and off for an hour the scrubby border was also visited by a Siskin and two Tree sparrows - the latter itself nearly a twitchable rarity down here these days.

While in the area we took the opportunity to look for Willow Tit, a bird that has largely disappeared from southern England. Getting some directions from a local birder to a reliable site just up the road we headed there and although we heard some birds calling, unfortunately they never left the cover of an impenetrable tangle of damp woodland scrub. However, the calls at least gave me good context for future trips I hope. The same site also had an impressive flock of 16+ Bullfinches which was a lovely sight to behold.

After that we hit the road again for THE SOUTH and a couple of hours later finished off the day at Holme Fen in Cambridgeshire where we had superb views of several Short-eared owls hunting as the sun was setting over the expanse of flat, peat-rich fens. There was no sign of the wintering Great Grey Shrike but a couple of Lesser Redpolls, some Goldeneye and a shrieking female Tawny Owl meant we hit the last stretch home feeling tired but pretty happy. Thanks to the people in the village and those involved in making this happen.

Some rubbish footage taken while the bird was calling frequently, it can be heard several times but is clearest a second from the end, in amongst the sweet din of a dunnock's song and the distinct 'clicking' calls of Homo sapiens.

Footnote: seems we were lucky - there was no sign of the bird today apparently!
Posted by Peter at 21:53 No comments:

I've had a busy few weeks of late with much of my free time being spent mostly trying to not weep with rage at the downright appalling way this government conducts its environmental affairs and refuses to listen to experts. But since the web is (thankfully) full of lovely, eloquent people covering that base, here's a short musical interlude instead...

Last Saturday I went to see Bill Callahan of Smog fame (or even of Bill Callahan fame if you like) at the Royal Festival Hall. I always enjoy going there; day or night it seems to be full of people hanging out or working or reading or just going up and down endlessly in the musical lift. It always feels grand to me inside and yet with welcoming public spaces, it feels almost genuinely anarchic at the same time - it seems these things rarely go together (although it stops at the price list on the bar).

I enjoyed Bill's near two hour set although K thought it fell a bit flat. I kind of know what she meant but since it was my first time seeing him I had no reference points for comparison. I guess what I liked most was the way it's hard to tell which way his songs are going, he keeps you guessing. The songs can be tender, funny, surreal and all those things at once, any traditions are delicately trashed. A noisy mid-set outro on one of his new(?) numbers was a highlight, as was 'Riding for the Feeling' and 'Dress Sexy at my Funeral' (of course). I also like the fact that he makes regular references to nature in his songs, particularly birds and trees, and there was a good sprinkling throughout this set. The sound was great and his band were ace, so it was a pretty good way to spend a Saturday night.

All thoughts are prey to some beast - Bill Callahan

My eyes are streaming from the wind and the scope wants to take off, just like my coffee flask did a moment ago. I glance over and see it lying in the mud. When I squint the wind's tears away the dazzling light takes over, masking the flooded field in front of me. A huge number of Lapwing are gathered on it but they are little more than softly squeaking silhouettes from my vantage point. Pulling my cap down further to give my eyes some respite, I can make out smaller waders at their feet, the pale forms of Dunlin, heads down and busy feeding in the shallow pool. Then all of a sudden, the shapes merge and rise into the air, into the wintry sunlight, into a vast open sky.

This is Wallasea Island, a spectacular wetland regeneration 'project' on the south east coast of Essex, sandwiched somewhere between the River Crouch and the old school slot machines in Southend on Sea. Epic in size and ambition, it's a fitting place to consider and celebrate World Wetlands Day today.


World Wetlands Day marks the signing of the Ramsar Convention in Iran in 1971, a treaty that recognises the global importance of wetlands and seeks to maintain their conservation measures and promote sustainable use. In 2014, the theme is 'Wetlands and Agriculture' - two themes clearly on display at Wallasea Island. The intertidal mud flats, lagoons, salt marsh and fields here are part of a huge engineering scheme designed to recreate important habitats lost elsewhere in Britain as well as being an example of what can be achieved through sustainable farming practices and endless determination in the modern mitigation process.

Throughout our visit, a conveyor belt is transporting the spoils of Crossrail off a ship and straight onto the site, where large trucks are rolling it out. Mounds of earth flank new ditches that have been recently excavated. But none of this detracts from the landscape and the wildlife. During the day I thought about the fact that I seem to spend a great deal of time exploring places like this, more than woodlands for example - "traipsing round a marsh" as my girlfriend calls it. But I guess this is where I find myself drawn to the most, wetlands to me are fascinating...and full of birds. Even on a day when strong winds mean anything daring enough to raise a wing would likely end up in Belgium, there was plenty to see. A small flock of Golden plover huddled in a field on the drive in and skylarks frequently catapulted out of the grass as we passed along the sea wall. Large flocks of Brent geese, Shelduck and Teal occupied the mudflats while the quickly rising tide bought a smart Red-throated diver in for good views.

While today there is some basic infrastructure in place for visitors, it will be fascinating to see the site in 2019, when it is scheduled to be completed. In a sense though, it will never be completed because wetlands like this are always changing and they need to be given room to do that.

The BTO Wetland Bird Survey (WeBS) is a great way to discover the species using these important areas and how populations change over time. Check out the new online webs reports here.