Forgive me, it's fairly inexcusable that come June I'm still dining out on February's trip to India but hey, here we are...last one.

I'll wrap it up quickly now and that's fine because, after neglecting my travelling companions while I whistled around Thattekad, the last week or so on the Keralan coast was more about beaches and swimming and memorable encounters in state-run liquor stores than anything else. But that said, I still managed to see some amazing birds, just less effort went into it. 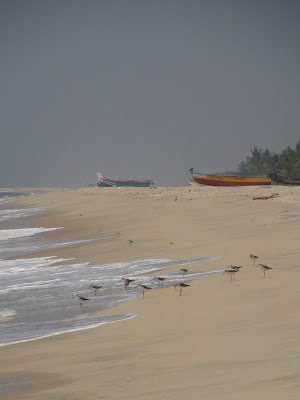 The highlight of our stay in Alleppey was an overnight cruise on the backwaters. Boy, did we live up to every possible tourist stereotype but y'know, it was worth it. After an unnecessary amount of haggling, we eventually settled on a boat and a crew whose promise of 5 large, COLD beers had sealed the deal. With that, we set off and kicked back as the world drifted by. We were waited on hand and foot while avian highlights included dozens of Purple swamphens, an Osprey perched briefly, Baya Weaver and more kites, egrets and little cormorants than you could possibly ever imagine. It was heaven.


Our final stop, sort of, was (Fort) Cochin, the capital of Kerala. We stayed in the old town just like the guide book told us to. It was fine, nothing mind blowing but maybe that was just end of trip blues creeping in. I added Common Sandpiper to my beach waders list and admired the squadrons of Blue-tailed bee-eaters in the local park. We ate a nice meal in a place where cockroaches crawled all over the walls, but, it didn't matter, it was all an adventure. And a day or so later, we were saying goodbyes; Sal and I to Chennai and London, Bobby to Thailand and Kate to who-knows-where.

My trip list topped off just short of 170 species and I'm still checking a couple for splits since. IN short, it was an amazing trip, full of wonderful birds and sights and I can't wait to go back. Cheers! 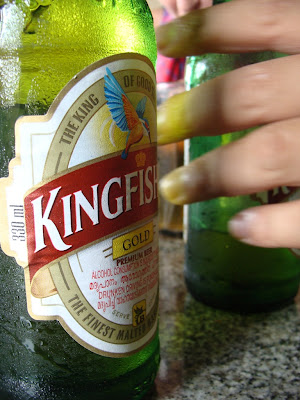 I'm excited to see Jonathan Franzen's documentary about the horrific annual slaughter of birds in the Mediterranean making its fist appearances. He chose to premier it in Britain because we're the "bird-craziest country in the world"...I hope it's huge and stokes old fires and ignites new ones.

CABS on Franzen and 'Emptying the Skies': http://www.komitee.de/en/actions-and-projects/species-protection/emptying-skies

Not a lot of people know about Hutchinson's Bank, well that's the impression I get whenever I'm there. It is, in a way, a blessing, as it is home to a number of rare, fragile species of flora and fauna, surviving cautiously on the nutrient poor soils of this fragment of chalk valley. But equally, these are just the kind of places Londoners should know about.

Strange though that this isn't really London at all, it isn't even 2013 (if you ignore the rumblings of the planes overhead and the breakers yard visible between the trees from the top slopes) It's a wild place, a dot on a map where the only wavy lines are contours, not roads. It used to be an ocean and in some ways, it still is. 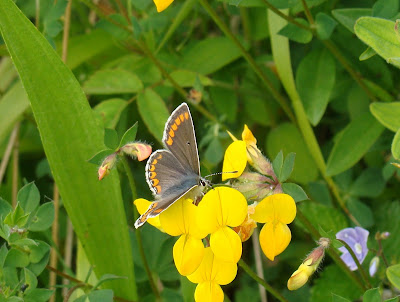 Some footage of a churring male Nightjar in NW Kent on Monday evening:


I've made several trips this week with this species in mind. It was fantastic to track this individual down at a site I've heard has been less productive in recent years. It took some patience to find the spot but on my second visit I'd worked it out and spent an hour watching and listening to one of our most unusual and elusive migrant birds.

At first there was just the sound, that unmistakeable loud chuurrring cutting though the trees, then...silence. But soon enough, from my position at the edge of a clearing of a commercial forestry site, a dark shape, bolted into a nearby tree and the sound resumed. It perched in the open for a while on a dead branch, sometimes swooping off to catch a moth or some other nocturnal insect with a rapid movement of long, pointed wings. Several times it flew off and began again elsewhere but it came back on its loop to its favoured branch in a blink a you'd miss it fashion.

Being largely crepuscular (I love that word), this bird occupies an odd fragment of the day, the hours as dusk descends and dawn breaks, often the hollow between. Like clockwork, each night this bird began churring at around 9.35pm and carried on until 10.10pm when it paused. I even tried the 'hankerchief' trick but only succeeded in cracking myself up. Those superb early views soon became silhouettes, which soon became just whirring noises in a still night.

It's not too often I find myself in the woods after dark, maybe I should do it more often. Here there was a chance to admire other secretive species too - a roding Woodcock squeaking overhead and bats along the woodland edge. Even little things grabbed my attention, like the trees creaking and a Robin's half-song that pierced it all.

A stirring experience and an amazing bird, one of the highlights of the year so far.

I had planned to go the badger demo at Millbank on Saturday morning but as it was, when Saturday morning rolled around the last place I wanted to be was central London. I spend enough time there. I think it's great that it went ahead, also that we remember how things used to be before 38 Degrees came along; friends tell me it was fun and 'the vibe' was positive so that's all good. But if I was there in spirit, my body was 30 odd miles down river, drifting around Cliffe Pools.

There's no doubt that Black-headed gulls are ruling the roost at Cliffe this spring and the noise and commotion across the causeways is really something. Numbers certainly look higher than the last 2 years at least, somewhere north of 600 individuals perhaps. There were a good few chicks on show already. In among them, Avocets are conspicuous with a lot of calling, general aggro and a couple of fledglings already learning the ropes on the mud. The other noisy neighbours are the Common terns, again in strong numbers (c50 pairs) on the radar islands. Throw in a couple of Mediterranean gulls and it's a pretty amazing sight at the moment.

The highlight of the afternoon though was probably this Cuckoo perching happily on brambles along the track by the Black Barn viewpoints: 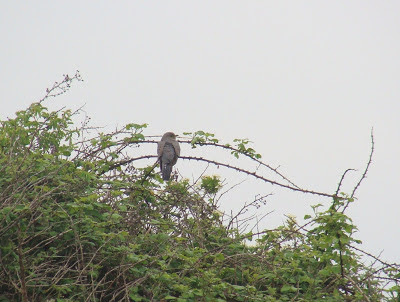 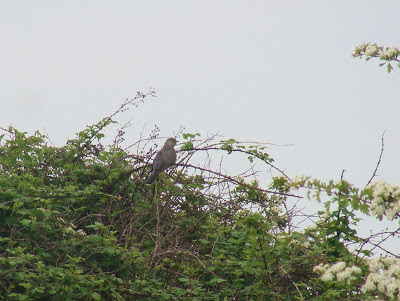 This was one of at least three birds present, with two more together in scrub briefly near the Thames VP  - one of which flew straight across in front of me, over the sea wall and presumably across the river to Tilbury. There was one more nice surprise, this female Wheatear lurking in the grass along the no entry track:


Between tides and the mid-afternoon lull, it was a pretty good couple of hours really. And thankfully nothing like central London.