The Guardian live news blog has thrown up these interesting stats courtesy of B&Q today:
“3,000 sledges sold in the past week, grit sales up 1,224% on last November, coal, logs and kindling up 230%, shovels 216% and bird food 65%”.
That last figure is particularly good to see. With the media whipping themselves into a frenzy with the usual tales of commuter woe and so forth it is important to remember the effect this freezing weather could have on wildlife.
For birds in particular, this unexpectedly early cold spell could have dire consequences. There’s a chance that with food becoming scarce or inaccessible due to snow and heavy frosts some birds may head into the critical mid-winter period without having built up sufficient bodyweight to survive the prolonged low temperatures. But if you’re lucky enough to have a garden there’s plenty you can do to help our feathered friends.
Special prize for the first person to email me with a picture of a bird enjoying their homemade bird food cake!
Posted by Peter at 15:40 No comments:

An unusual encounter in Greenwich Park last week has prompted me to rethink my views on the bushy-tailed critter so common in gardens and parks across the country.
As a young child, I’m fairly sure the stealthy nut-burying antics and tree-top acrobatics of grey squirrels not only delighted me, but provided me with an invaluable early experience of nature. Looking at the number of people, children and adults alike, watching and photographing the squirrels darting about in the park last week it is clear that many feel the same way. It’s great to see people enjoying wildlife at close quarters but it appears that some squirrels in Greenwich Park are starting to enjoy the presence of people a little too much.
This occurred to me last week when, after stopping briefly to view the deer enclosure with my binoculars, a grey squirrel leapt off a wire fence 2-3 feet away and landed on my thigh. It was quite a surprise; I’ve never heard of, yet alone experienced, that before. After forcibly shaking it off, the same thing happened again a few minutes later when a different individual clambered onto my shin while I was looking elsewhere.
Now interestingly, the squirrels I see in my neighbourhood, just a mile or so away from the park, appear to react with nothing less than sheer terror whenever they encounter a human. So what is behind the unwelcome and aggressive behaviour exhibited by those in Greenwich Park?
Unsurprisingly it appears that the problem stems from incidences of feeding by the public. During the course of the afternoon I witnessed two individuals throwing down food for the squirrels and many subsequently arriving to take advantage of it. With squirrels associating humans with food, it’s not surprising that their approaches are becoming increasingly bold.
So what to do? People gain pleasure from feeding the squirrels, that’s clear, but if there is chance of squirrels jumping on people to pursue food, then surely it becomes an issue?  I didn’t see any signs discouraging feeding but even if there were, would it be too hard to enforce? I emailed Royal Parks to find out if they have a grey squirrel management policy but have not had a reply as yet. A caption on their website however might give a slight clue as to where they stand- “This species was introduced from North America and has replaced our native red squirrel throughout much of the UK. Nevertheless, their athletic antics and begging for food are a constant source of entertainment to visitors.” That strikes me as being a tad flippant but I appreciate it’s a tricky issue. What do you think?

UPDATE 29/11/10- I received an email today from the assistant manager of Greenwich Park responding to my enquiry about possible problems with the squirrel population. He writes that the population of grey squirrels within the park is “healthy” and thriving due to a lack of natural predators and food provided by park visitors. However he also writes that a poster campaign will be launched in the new year, “encouraging people NOT TO FEED the squirrels or the pigeons”. This will apparently be monitored with the help of the police. I think this is welcome news.
Posted by Peter at 02:58 No comments:

Nunhead Cemetery bird count, Friday 19.11.10 (8.40am, cool, bright, no wind) Roll call:
Ring-necked Parakeet 13, Robin 9, Magpie 15, Woodpigeon 11, Carrion Crow 9, Wren 15, Blackbird 9, Great Tit 21, Jay 3, Goldcrest 5, Greater-spotted Woodpecker 3, Mistle Thrush 1, Dunnock 1, Long-tailed Tit 19, Blue Tit 5.
I have been completing a bird count in Nunhead Cemetery for a while now and always find it a great way to start the day. The premise is simple: once or twice a month I visit the site, I arrive as early as possible (to coincide with the peak time for bird song/activity), walk a pre-mapped route of the site at a steady pace and record every bird I see or hear. I then submit my results to the British Trust for Ornithology (BTO) Birdtrack scheme.
Surveying in this way has been happening on the site for a number of years and is a great way to build up a detailed picture of bird population patterns. It is not an exact science; it would be very hard to record EVERY bird present for numerous reasons but it does allow for comparisons to be made. With data collected every month we can see which species are present and how their numbers fluctuate over time. Analysis of the results can reveal subtle or distinct trends which can then be related to local or nationwide conservation issues as a whole.
The above list may not be bursting with rarities but it is what you might expect from a predominantly wooded habitat within an urban area. When it comes to birds, I’d suggest that finding what you’d expect to find is not such a bad thing.
Posted by Peter at 23:03 No comments:

Today started so brightly. Whilst walking to the DLR through Brookmill Park this morning, a small strand of green space that follows the course of the Ravensbourne between Elverson Road and Deptford Bridge, I spotted a Kingfisher! I knew from the London Birders website that Kingfisher was regularly listed there but despite keeping my eyes open I've never seen one. I hadn't expected the cool, damp, overcast conditions to bring much in the way of birdlife but there it was- a little electric blue flash skimming over the surface of the river! It then gave a great view perched atop some overhanging scrub for a minute or so before it disappeared out of sight into trees on the other side. I was so engrossed by this encounter that I forgot I was supposed to be hurrying to work!

Some acknowledgment should be made of Lewisham Council and the site's managers Glendale Services, since they are clearly doing something right if birds like Kingfishers are being attracted to our urban waterways. What a cheery encounter, it's amazing what you can find in the city if you look.

Unfortunately my mood was spoiled when I saw the cover story in The Independent today. The coalition certainly isn't making many friends this week:


http://www.independent.co.uk/environment/nature/the-great-animal-rights-betrayal-2132827.html
It makes for sorry reading. Would it really cost so much to make some sympathetic changes?
Posted by Peter at 23:34 No comments: 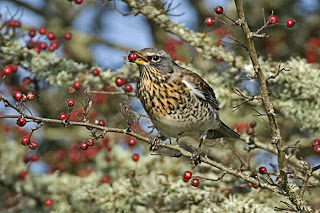 Last week’s fine weather meant plenty of opportunities for a bit of birding. This time though, rather than just seeing what was about, I went searching for a pair of birds that have so far eluded that all important winter bird list!
Looking for a particular bird species (especially an unfamiliar one) is a challenge, and in many ways a different experience from simply taking a ‘general’ approach to bird watching. Unless you’re lucky, success is more likely to depend on reading relevant habitat notes for a species or finding out what it likes to eat. Listening to advice and checking sighting reports also helps. So with the presence of my 'most wanted' noted in Greenwich Park last week by the London Birders website and a field guide to hand, off I went to find the diminutive Firecrest.
With small resident populations in the south east bolstered by migrants from northern Europe in autumn, now is a good time to find these tiny, attractive birds. Unfortunately, although I staked out a suitably shrubby thicket with a good number of evergreen trees nearby and honed my ID skills by picking the birdsong playlist on my iPod over the new (and totally ace) Superchunk album, I did not encounter a firecrest this time.
Over the weekend however, taking advantage of a trip back home to Kent, I did manage to track down another wanted migrant. The sprawling arable fields and intermittent patches of woodland surrounding my village were perfect I suspected, for spotting a bird that is seen as a true herald of autumn- the Fieldfare. And I was proved right soon after setting out as I came across a flock of around 25 fieldfare rooting among the ploughed furrows for worms and insects. A noisy and striking thrush with their blue-grey head and brown back (and a highly visible white underwing in flight), they are a classic bird to look out for on wintry farmland rambles. They are even known to visit gardens and parks where they are attracted by berries and fallen fruit. So you never know, maybe one will show up near you?
*Above photo of a Fieldfare respectfully nabbed from www.birdphoto.org.uk
Posted by Peter at 00:12 No comments: