Lesser Flamingo - a first for Cyprus?

Last Tuesday, Anders, Martin and myself went over to Northern Cyprus for a series of Calandra Lark surveys on the Mesaoria plain which went really well. Straight away the birds were lively, chasing over the expansive, simmering fields of wheat that reached the horizon in every direction, or displaying high in the sky, their rapid, buzzing song spilling down beneath them. The birds proved to have a good repertoire of mimicry which had me searching on occasion for goldfinches, bee-eaters and swallows before the true source revealed itself.

Every now and then a lumbering combine harvester or tractor disturbed the peace. At one point a small group of farmers waved me over, rightly confused as to why an Englishman with a notepad and binoculars was wondering around their fields on a Tuesday morning. My answer was met with some amusement (and even more confusion).


Following the surveys, we headed to Kouklia Lake on Martin’s suggestion for a break before heading home as it apparently still held a good amount of water. Getting there we found that to be very much the case and, as a result, a huge number of birds using this impressive oasis in an otherwise intensively farmed plain. Straight off we picked out dozens of herons and egrets, a spoonbill, two marsh harriers and ducks including garganey, ferruginous and (surprisingly for May?) a trio of gadwall. The surface was pocked with coots and little grebes, at the far end a flock of greater flamingo took to the air momentarily.

Moving around the lake to the other side we continued to find good numbers of birds with squacco herons, wood sandpipers and black-winged stilts conspicuous on the rushy edges. We each focused on counting different species, Anders counting stilts, some of which were in amongst the feet of the now-nearer flamingo flock. While doing this he turned to Martin and me and asked us to check out an odd flamingo with an ‘all black’ bill and a shorter neck. The bird was feeding separately from the flock but clearly had a much darker bill, appearing at our distance to be black or dark brown. Anders suggested it could be a Lesser Flamingo based on an illustration in the Collin's Guide - predominantly an African species rarely recorded in Europe. Aside from the bill though, which we agreed was unusual and unlike Greater Flamingo, it was hard to gauge much else at this point and there were no other flamingos in the same view for close comparison.

However, soon the bird moved back to the flock and straight away we noticed the size difference – it was significantly smaller than the greater flamingos by a third or more! At this point I think burst out laughing as the differences became more apparent.

The bird then moved to the rear of the flock where it was easy to follow because of its size. It began preening during which point its legs were more clearly seen. These were darker in comparison with the other flamingos, like the bill, they appeared more reddish/brown than pink. After watching it for around 25 minutes, A and I felt confident it was a Lesser Flamingo which Martin pointed out would be a first record for Cyprus. None of us had ever seen this species before so photographs etc have been sent off for further study. It was a great spot by Anders and a good reminder that double checking 'common' or abundant birds can pay off.

Feel free to leave any comments below. 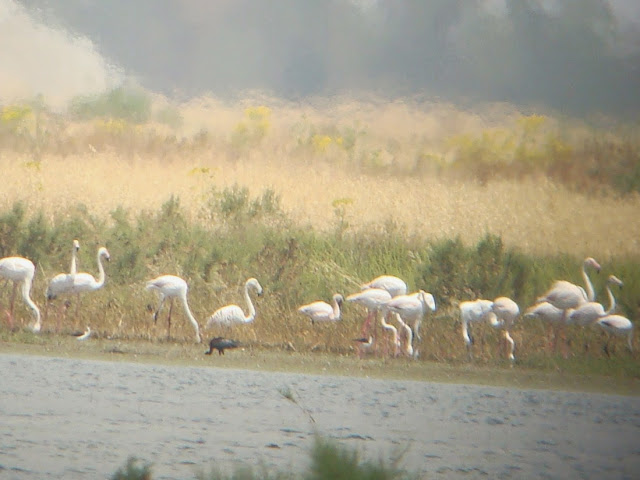 
Whilst having lunch this afternoon I could hear bee-eaters calling outside the flat and went out for a look. A small flock soon drifted into view, high up in the sky. In their midst was a different shape, a long-winged falcon, black against the light, cruising effortlessly like a shark amongst a shoal of fish.

I see Eleonora's falcons daily here. They hawk the craggy coasts and scatter hirundines over the marshes - sometimes alone, sometimes in small groups. Often I see them at dusk over the village, a brief, sinister movement above the rooftops or the alleys between the houses and then nothing.

The bird in this photo had the feel of a migrant as it smashed its way northwards along the coast, on a journey from wintering grounds in Madagascar to the Mediterranean. But equally it could be a local breeder freshly returned to steep sea cliffs in the area to await summer's bounty of passerines. Whatever the case, they are special birds to watch and I am always delighted to see one.

A Change of Pace 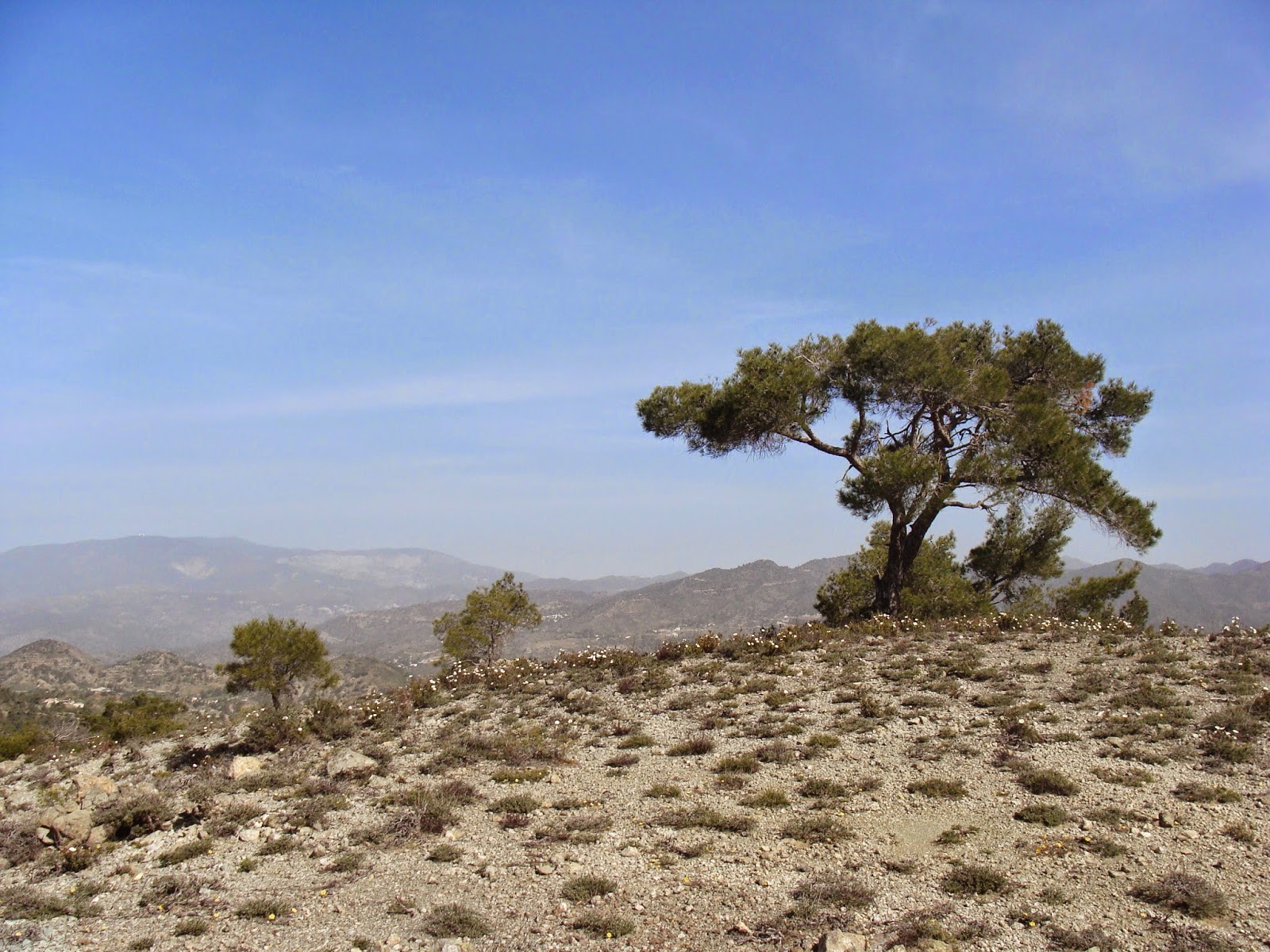 Some things happen fast in the natural world, especially when observing bird migration at close quarters. In a few seemingly short weeks the scene in this hot, breezy corner of the Mediterranean has changed more than I might have imagined.

By my own experience, recent weeks have seen early April’s flurry of warblers depart and wheatears and flycatchers long gone on their journey’s north. The change is evident too in newly harvested fields and the ladders propped in orchards, in the creeping expanse of crystals on the edge of the salt lake. For many of the seasonal pools in the area it’s a case of here today, gone tomorrow as the days get hotter and longer.

Part of the joy of experiencing migration is learning the patterns it forms, of when birds arrive and depart. With these birds all but gone through, new species have appeared, heralding the start of May. In fact, for a spell last week, each day seemed to be marked by the presence of a different species around Akrotiri.

Despite strong winds, firstly it was a passage of red-footed falcons in the area, scything their way northwards, over Phassouri marsh and into the patchwork of citrus groves beyond. Last weekend it was cuckoos and golden orioles, a dozen or so of each, which suddenly appeared loitering on the margins of the village, the first attractive piece of habitat many spring migrants encounter. Perhaps best of all though was the passage of turtle doves early one morning. The sight was something I’ll never see in Britain now which made it all the more memorable, a fact underscored with the passing overhead of one bird in particular sporting shot-damaged primary feathers. Somehow this small event, this tattered feather, provided a vivid link in a vast chain often so difficult to comprehend. It provided a brief, passing history that made distant countries seem simultaneously close and very far away.


The hills, valleys and plains are where much of the action is happening now as breeding birds firmly announce themselves. By Tuesday I noted black-headed buntings were back on breeding territories in the hills - bright yellow males rehearsing their sweet, fluid song amidst orderly vineyards now flickering with pale green leaves.

It’s the journeys into the hills to record resident and migrant breeding birds that I enjoy most of all. The slopes bristle with the machinegun scatter of sardinian warblers, the loud, repetitive loops of olivaceous warbler song and, in places, the dry, throaty rattles of cyprus warblers. Hiking along a trail in the week, in the midst of a dusty, scented forest of calabrian pine, endemic Cyprus coal tits added to this chorus. But most notable was the ever-present song of masked shrikes – an endearing an attempt at impersonating a warbler as a drunken uncle at a wedding disco.

Perhaps the most evocative sound of the season, one I look forward to so much at home, could be heard at dusk in the same valleys I crossed in the day. As the heat passed and the landscaped breathed again, dusk felt like squinting across a smoky room from whose midst the soft churring and odd yelps of nightjars could be heard – a song so intrinsically bound to early summer days.

200 Collared Pratincoles whirling over my head 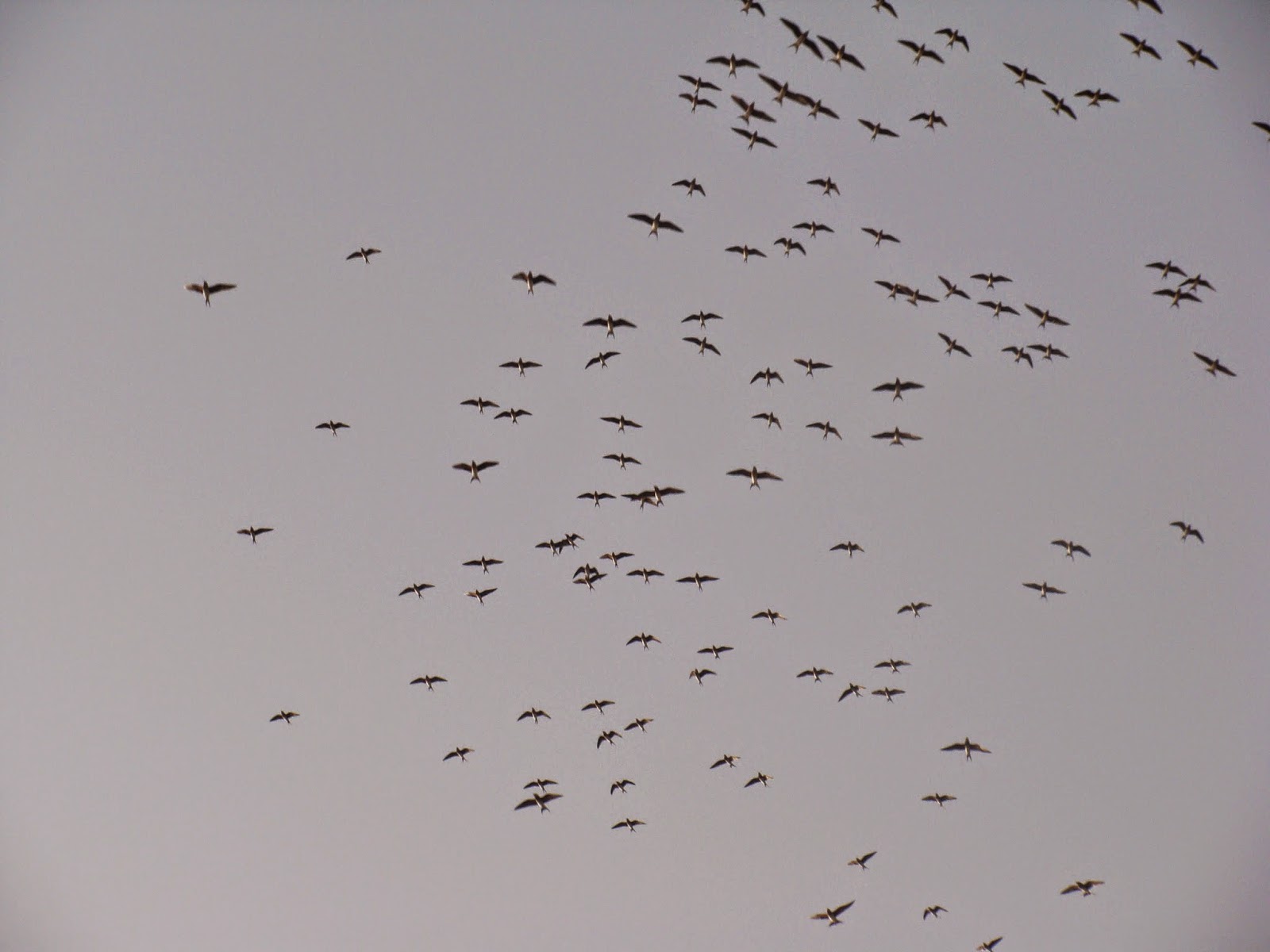 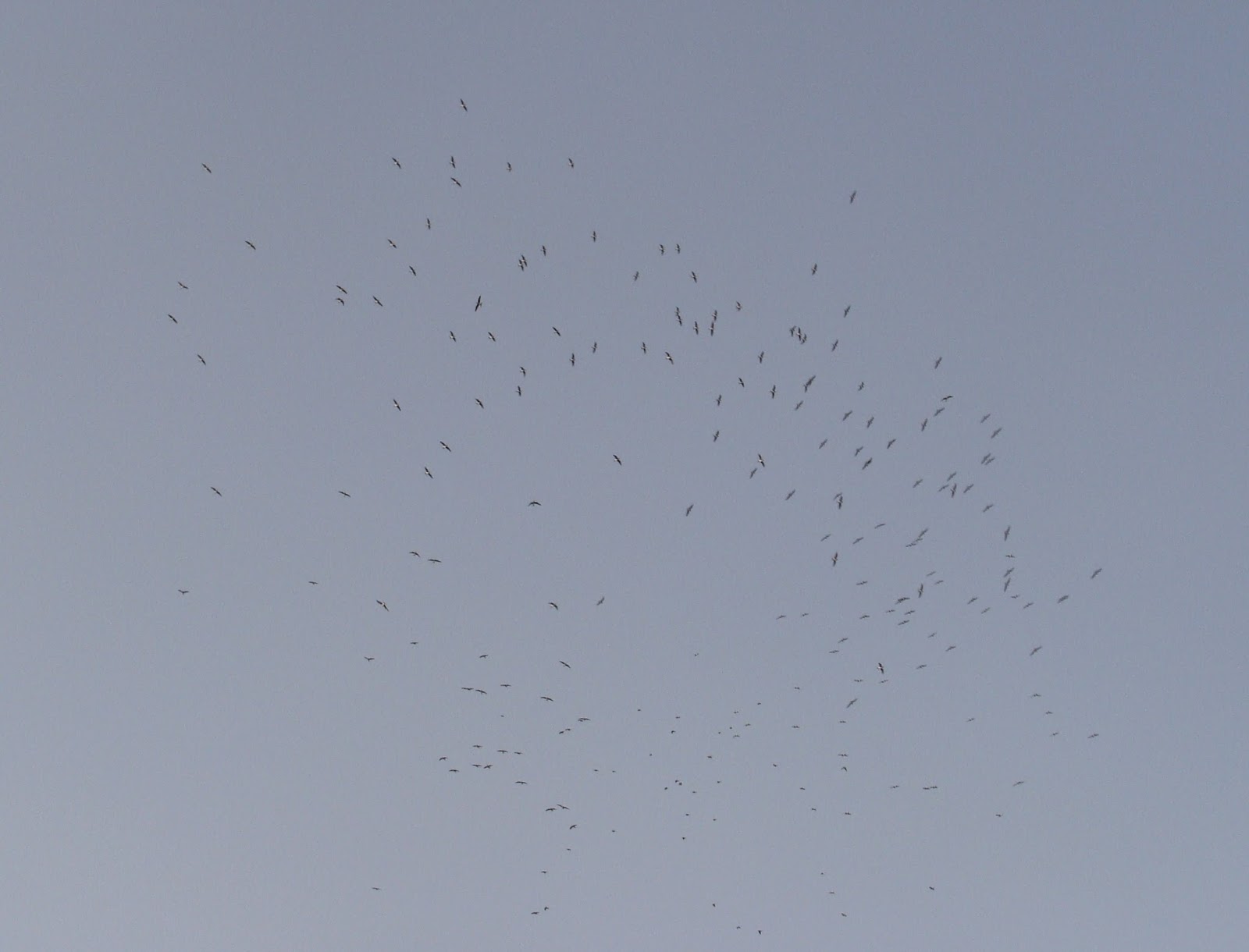