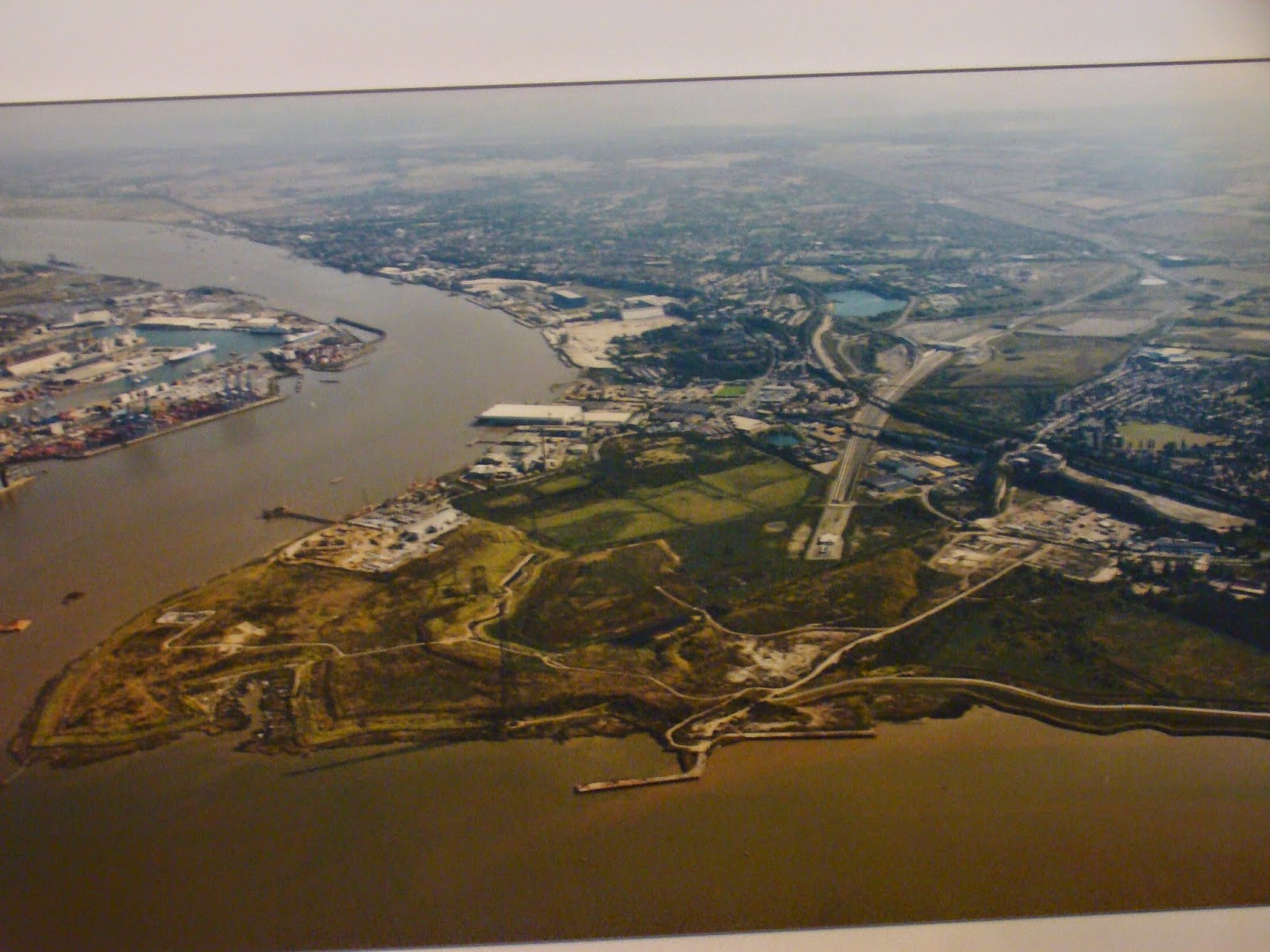 The photo above (taken from a display panel)  shows the extent of Swanscombe Marshes as they fan out into the Thames in North Kent. This is the site of a massive development proposal by London Paramount for a vast theme park and entertainment 'resort'. I am thoroughly opposed to this idea on environmental grounds so took the opportunity to attend a public consultation in Greenhithe on Friday. This is just a quick post with a few notes I took but I'm sure I'll mention it again in the future.

The consultation in the British Legion Hall was the usual affair - 6 display panels, a few spokespeople, a table of forms to fill in and a car parking free for all outside. The panels laid out the very basics of the proposal which at this stage mostly amounts to a lot of big numbers:

And that was it really, other than numerous reminders that this is a project of 'national importance' (it's an NSIP or Nationally Significant Infrastructure Project). The main aim of the consultation was to determine how local people wanted to be consulted. It laid out a 4 stage programme of events, up to next summer, in which we apparently have a chance to make our opinions count.

Unsurprisingly, there was no mention anywhere of the marshes, so I found one of the few reps present. There was a good turn out and a dozen others were doing the same. The majority were concerned about the traffic and infrastructure implications of the development which is pretty understandable. There was talk of the Thames Crossing and whether the proposed development will have an impact on the decision ("no"). I raised my concerns about the impact on wildlife on the site and the huge loss of green space in an already impoverished area. I was told that the boundary indicated on the map (encompassing the entire site) was not intended to show the full, developed area, rather the 'planning limit' for inspectors. Great, not very reassuring at all. In addition the rep said that "some marshes will remain" and pointed out that they'd be "stupid to build right up to the river". Ok, but on a floodplain? Uh... There was an invite to attend a future session with the ecologists undertaking the EIA at the moment before the thread unravelled with a comment about how land of poor quality could be enhanced? But of course, land doesn't necessarily have to be 'quality' to have ecological value.

And that is the sad thing about Swanscombe Marshes. For the majority it is a waste ground, this Kent Messenger article describes it as "derelict", but that couldn't be further from the truth. The first time I visited the site a couple of years ago, on a curious foray around my local area, I was blown away. I remember smiling to myself at the luck of discovering the site, a scruffy, imperfect oasis, nestled between the river and the miserable suburban sprawl. Wheatears popped up on the odd ruined structures, Cetti's warblers blasted away in reeds sprouting from murky ditches and linnets, skylarks and more flushed from the rank grassy areas. Overlooked and left for nature to do what it does, it is almost certainly full of pleasant surprises and is precisely the kind of site that urban areas need.

Look at that image above again. 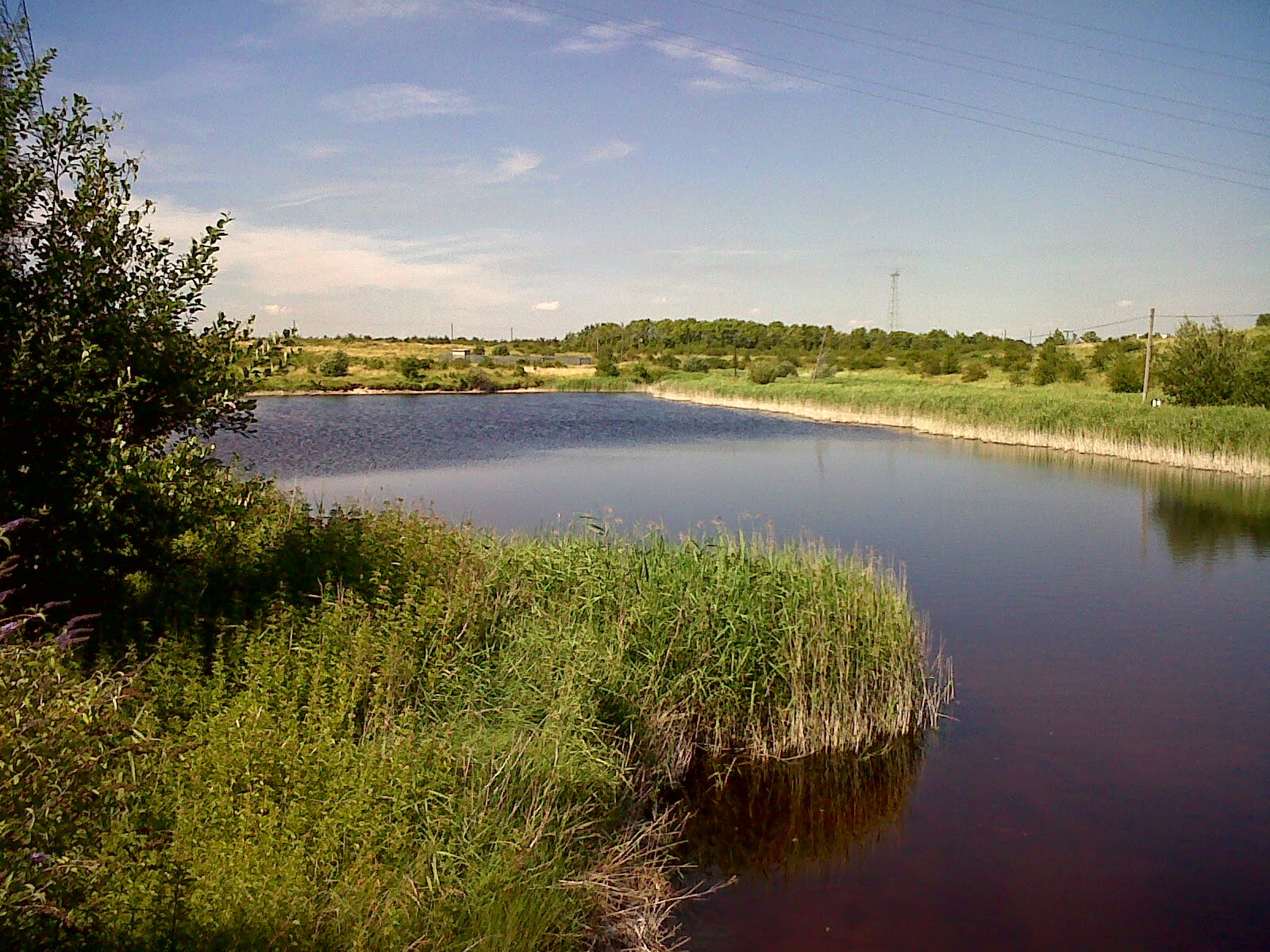 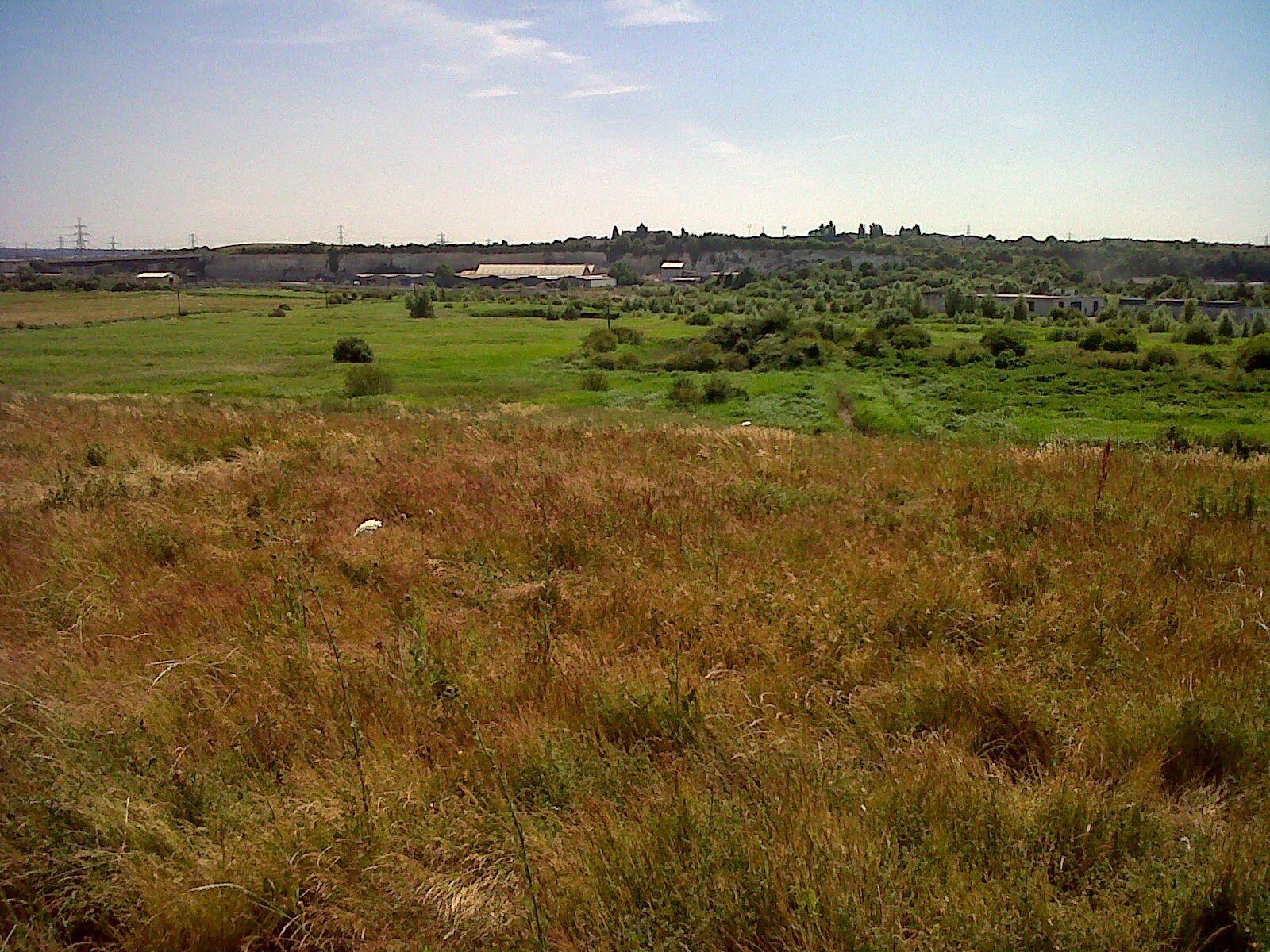 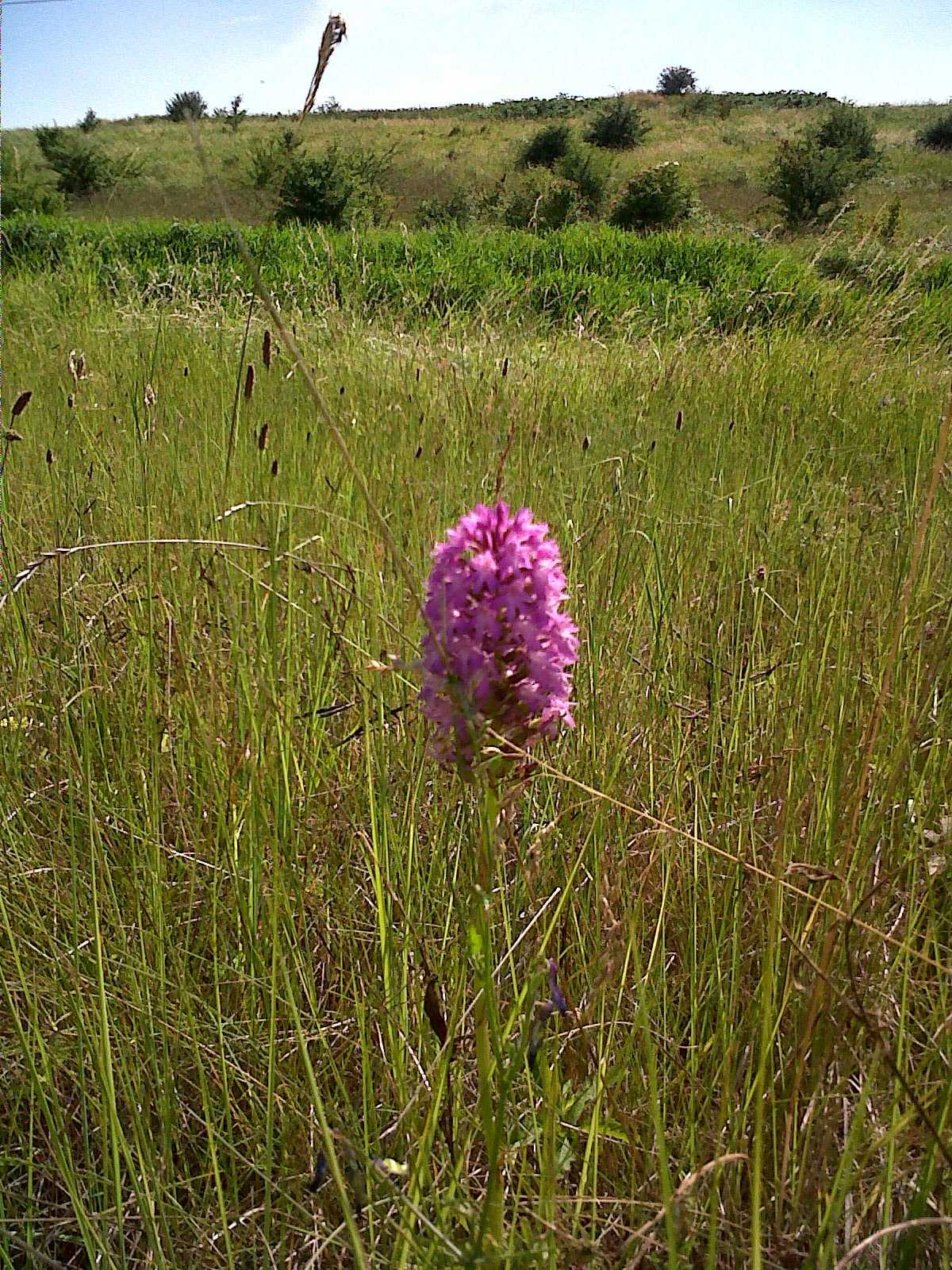 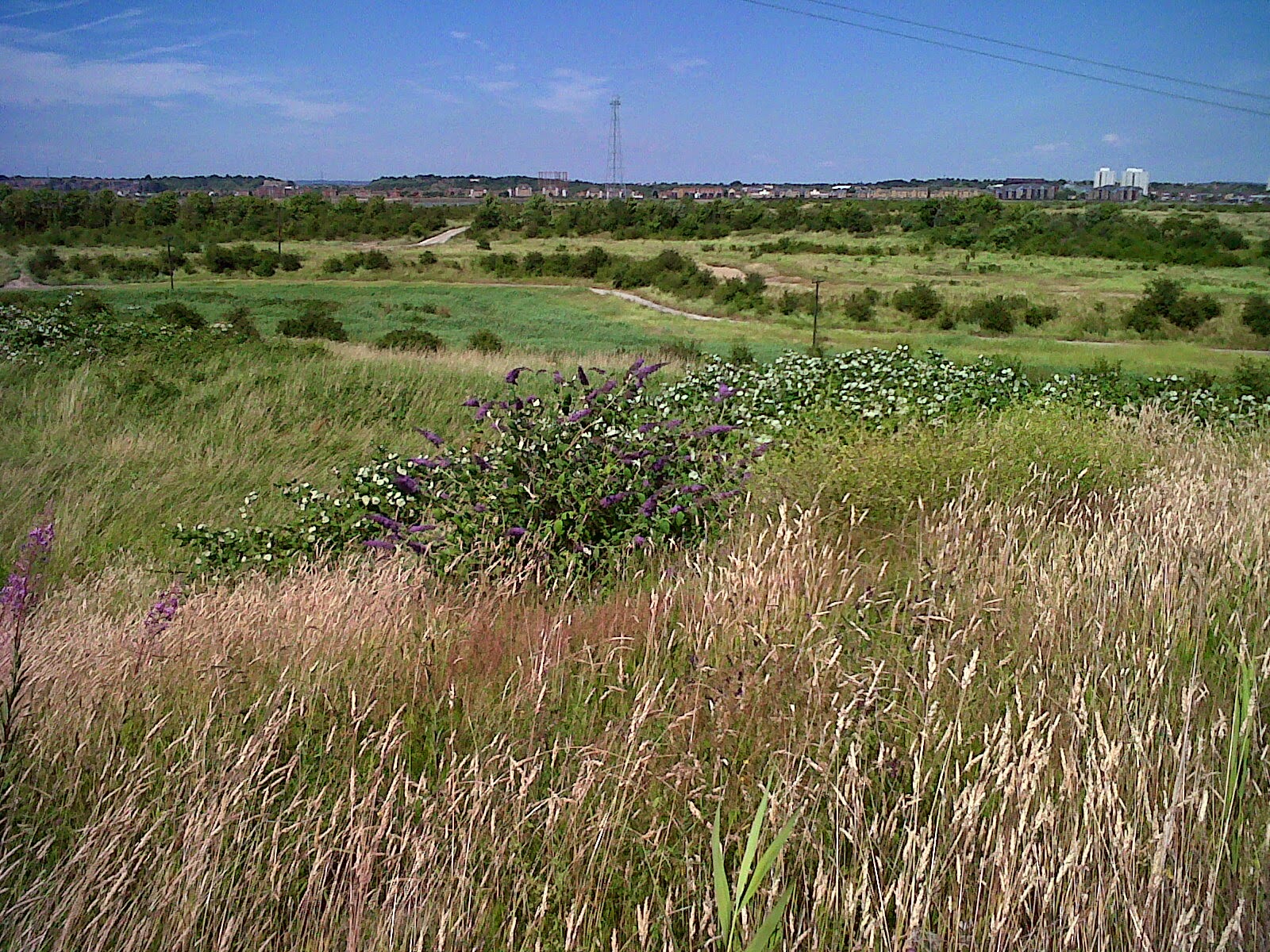 
The site also holds Adder and Common Lizard. (Again, thanks to RK for this info)

Despite the ongoing need for jobs, the proposed plans for Swanscombe Marshes show the cynical profiteering at the heart of so much planning policy today along with a dramatic misunderstanding of what is actually needed. Is a theme park, car parks, roads and yet more shopping complexes what this heavily pressurised corner of the country really needs? A development on this scale will impact negatively on tens of thousands of people on both sides of the river. As it stands, it will irrevocably wipe out a local wildlife haven - one that might look derelict but is far from it.

This article summarises a lot of information, it also points out that one of the main landowners involved is Land Securities - remember them?

More detailed information on the planning application will be available in October.