I think every birder has a nemesis bird, the one that's got away a few times too many. This afternoon I finally tracked mine down.

I made several trips to Thursley Common in Surrey through last winter and early spring, in the hope of seeing my nemesis bird on its wintering ground. Thursley is a stunning piece of the Surrey heathlands patchwork and a great place to visit. I feel like a time-traveller there and love roaming its gentle, sandy contours, thick with heathers and islands of pine and bog. But despite all that, the bird eluded me.

A few weeks ago, my nemesis was reported back again and just to rub it in, after I'd raved about the site to a friend, he'd been along since and seen the bird within about 10 minutes of leaving his car. So today I decided to head back over to resume my quest on the fifth attempt. After several pleasant hours without so much as a flicker of a possible and several conversations with people who had seen it earlier or yesterday or last week, I had conceded defeat again before deciding to check an area on the west side one more time on my way back. As I walked the familiar path, out of the corner of my eye, I caught a pale, indistinct smudge amongst the dwindling leaves of a slender birch to my left. It didn't immediately seem promising to my mind and without bins it barely seemed worth a glance but getting on it, there it was...my nemesis, a stunning Great Grey Shrike, coolly perched in the open. It was a nice moment. Some birds you rock up and run, some you earn. I think I earned this!

It ended up showing brilliantly for half an hour, at one point flying up to perch just 10 metres from me before flying off over my head. It was mobile the whole time and covered several hundred metres as it eventually moved off towards the forest on the western edge at around 3.30pm. It was interesting to watch it scan from perches, much like a Kestrel and it moved incredibly quickly too. Shrikes are great aren't they... 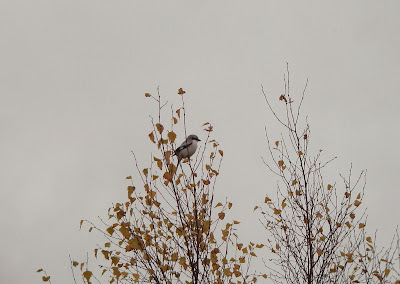 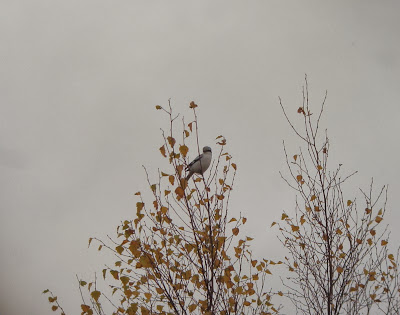 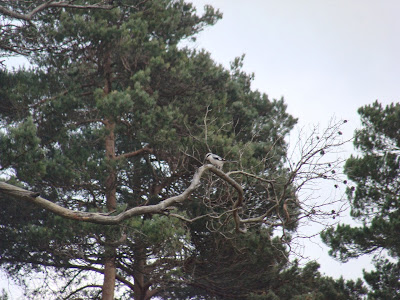